All the ocean phobic's fears of the Deep Blue Sea confirmed! Only on very rare occasions is the camera rolling to record an epic feat of this magnitude.

This is an amazingly powerful documentary tracing the journey of a lifetime to pursue giant blue fin tuna in the extreme conditions of the Tasman Sea. A story of one of the true noble beasts of the deep and the determination of two of the world's top free divers in their hunt for the ultimate spear fishing record. Featuring unbelievable action with jaw-dropping underwater footage. An incredible WORLD RECORD and spectacular rod and reel sportsfishing action captured on film. 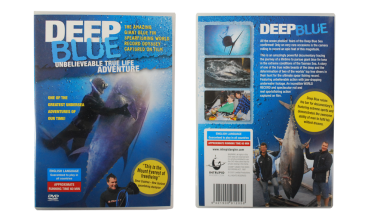